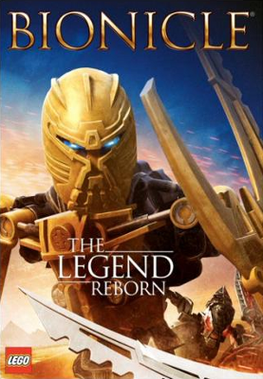 Once the ruler of an entire universe, the Great Spirit Mata Nui finds himself cast out of his own body, his spirit trapped inside the fabled Mask of Life, hurtling through space. After landing on the far-away planet of Bara Magna, the mask creates a new body for Mata Nui, who unwillingly gets caught up in the furious battles of the nearly barren and dangerous planet. The locals, called Agori ask for his help against the unrelenting army of the Rock Tribe, called the Skrall and their leader, Tuma. The Glatorian warriors start to train him, teach him how to protect himself, while Mata Nui also adds some of his special powers to their fighting skill. The experienced veteran Ackar, the feisty female Kiina, the young Glatorian Gresh, and a friendly, special beetle named Click aid him on his way. But there is a traitor among the Agori, and bigger secrets lay hidden under the sands of the desert planet. Mata Nui must help his new-found friends, but he also has to find a way to return to his old body and take revenge on the evil being who had banished him.